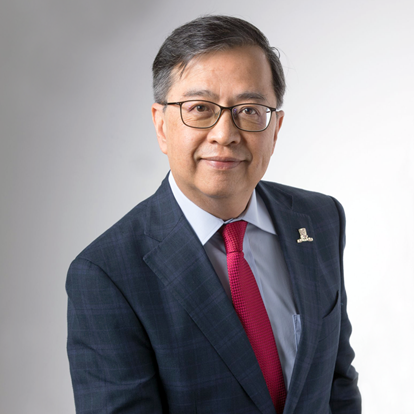 Professor Chan has held visiting professorships and fellowships in North America, Asia and Greater China, through which he has developed a broad understanding of higher education in a global context. Professor Chan’s relationship with CUHK began in 2005 when he was invited to visit the Research Institute for the Humanities for an academic term.

Professor Chan's research focuses on Chinese philosophy and religion, and hermeneutics and critical theory. He is a member of the Board of Directors of Association of Pacific Rim Universities (APRU), the Co-chair of the International Policy Advisory Committee, APRU, the Vice-Chair of the Board of the Shenzhen Institutes of Advanced Technology and a member of the Governing Council of International Confucian Association, China. He is also a member of the University Grants Committee, Hong Kong and the Governing Board of The Chinese University of Hong Kong, Shenzhen, China. Professor Chan has published widely and developed an online course on "Explorations in Confucian Philosophy," which has drawn over 10,000 learners on Coursera.